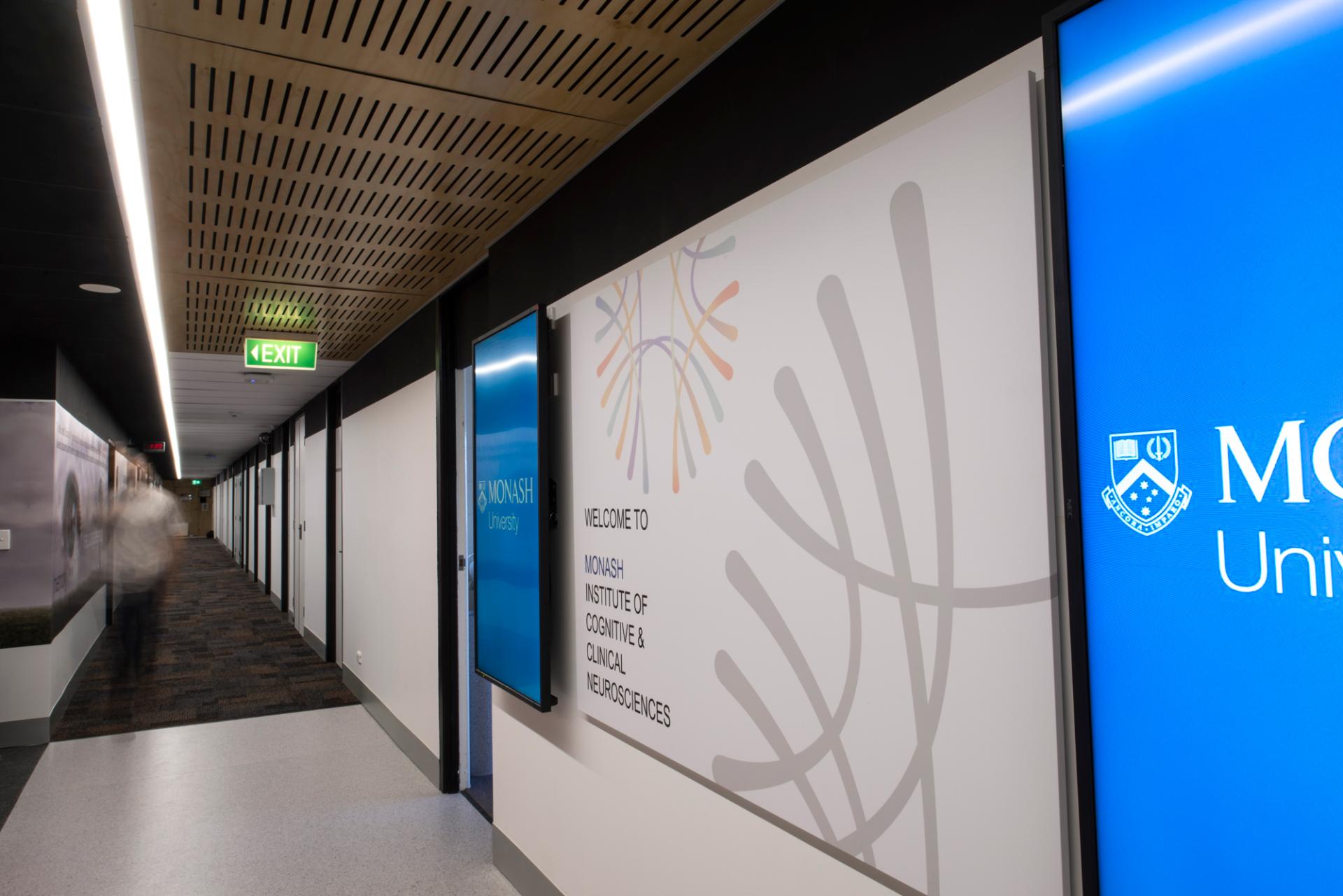 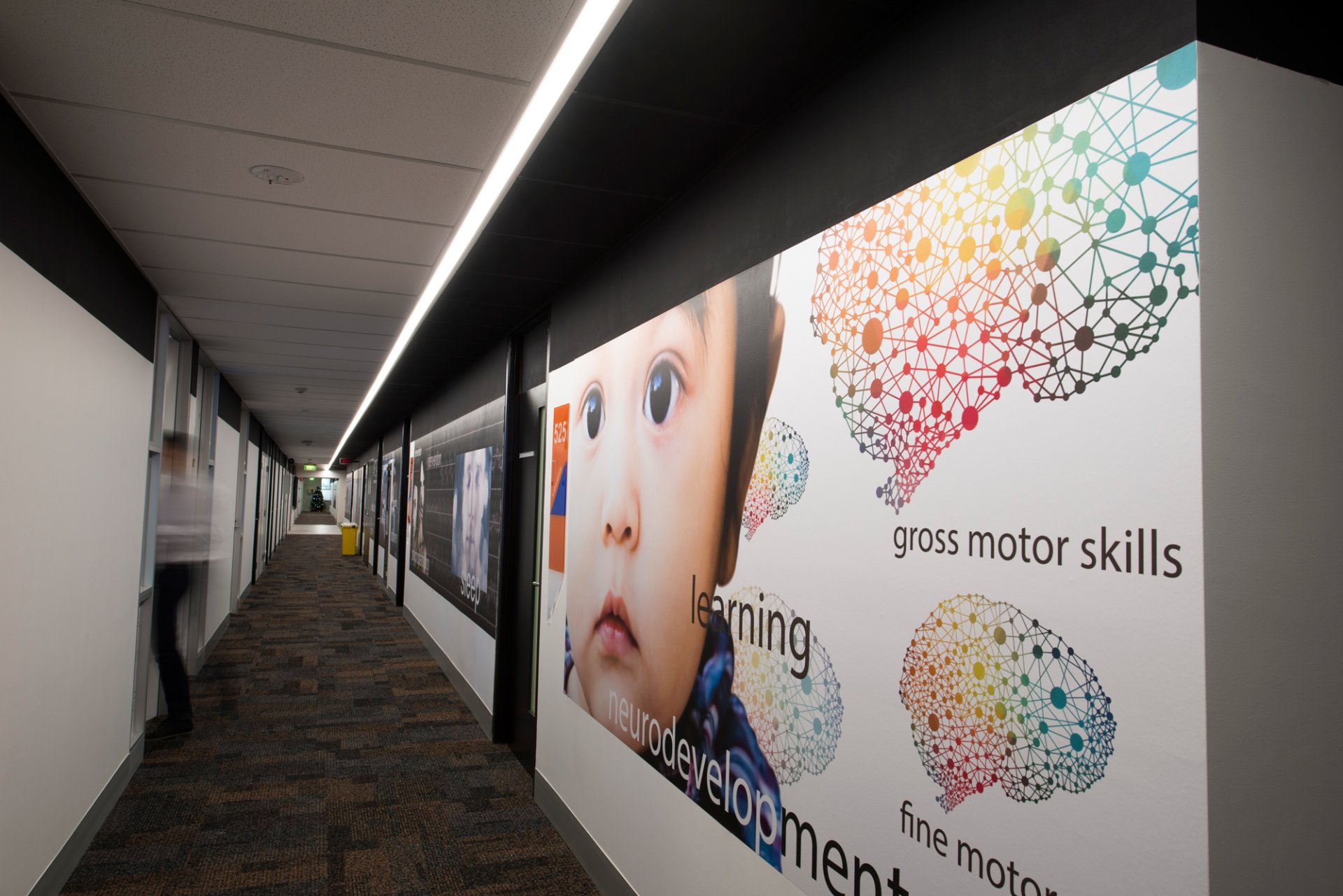 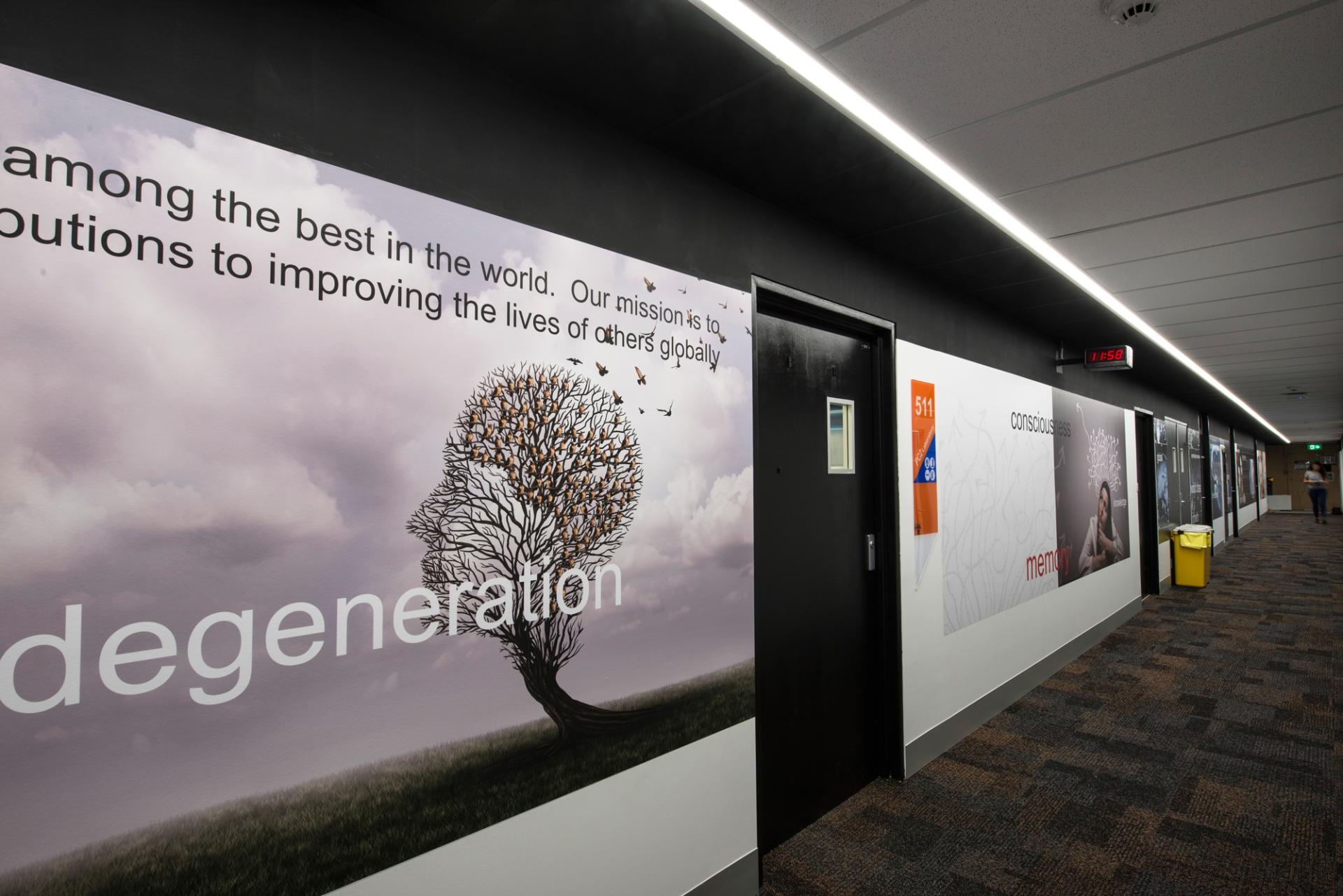 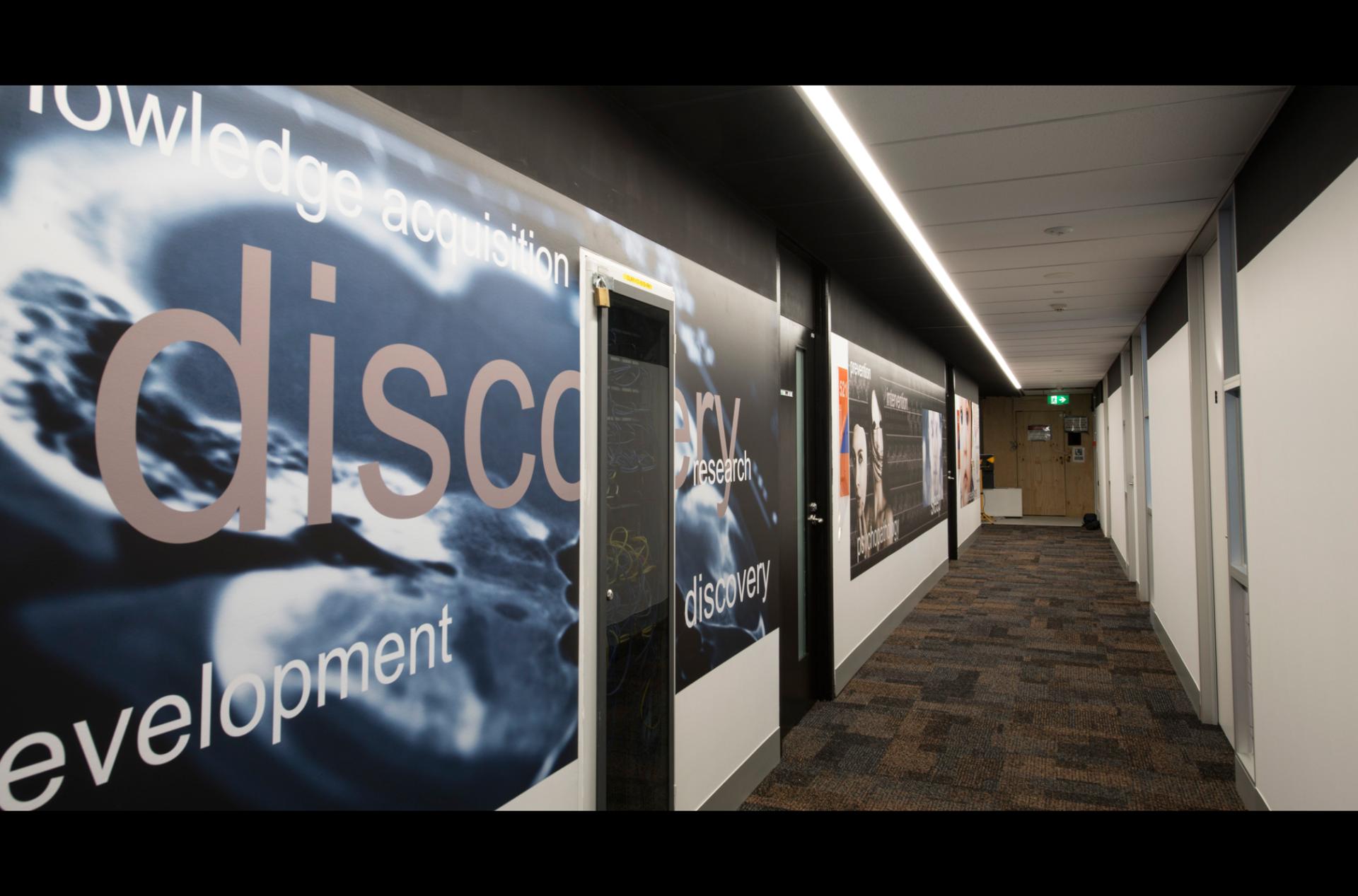 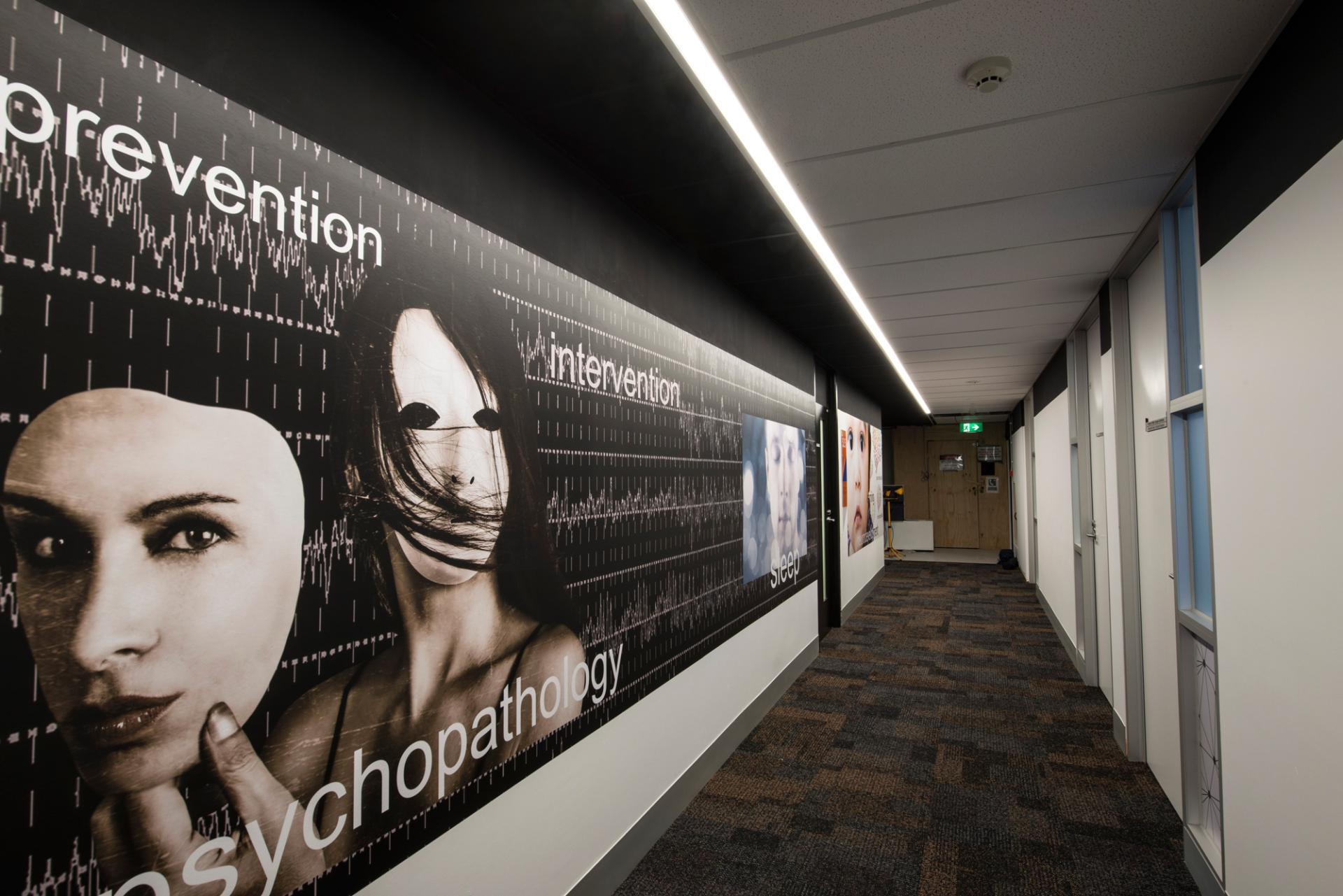 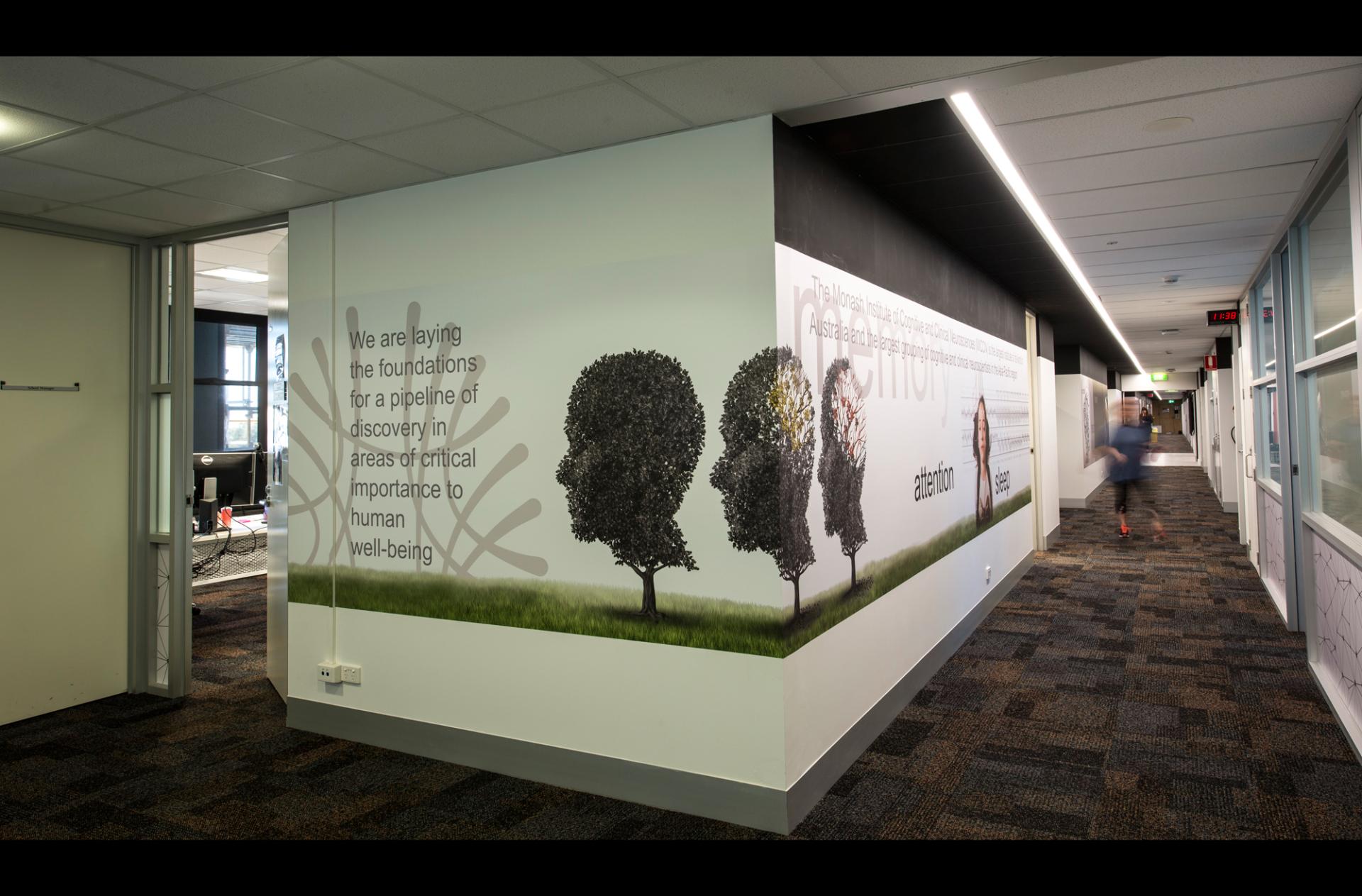 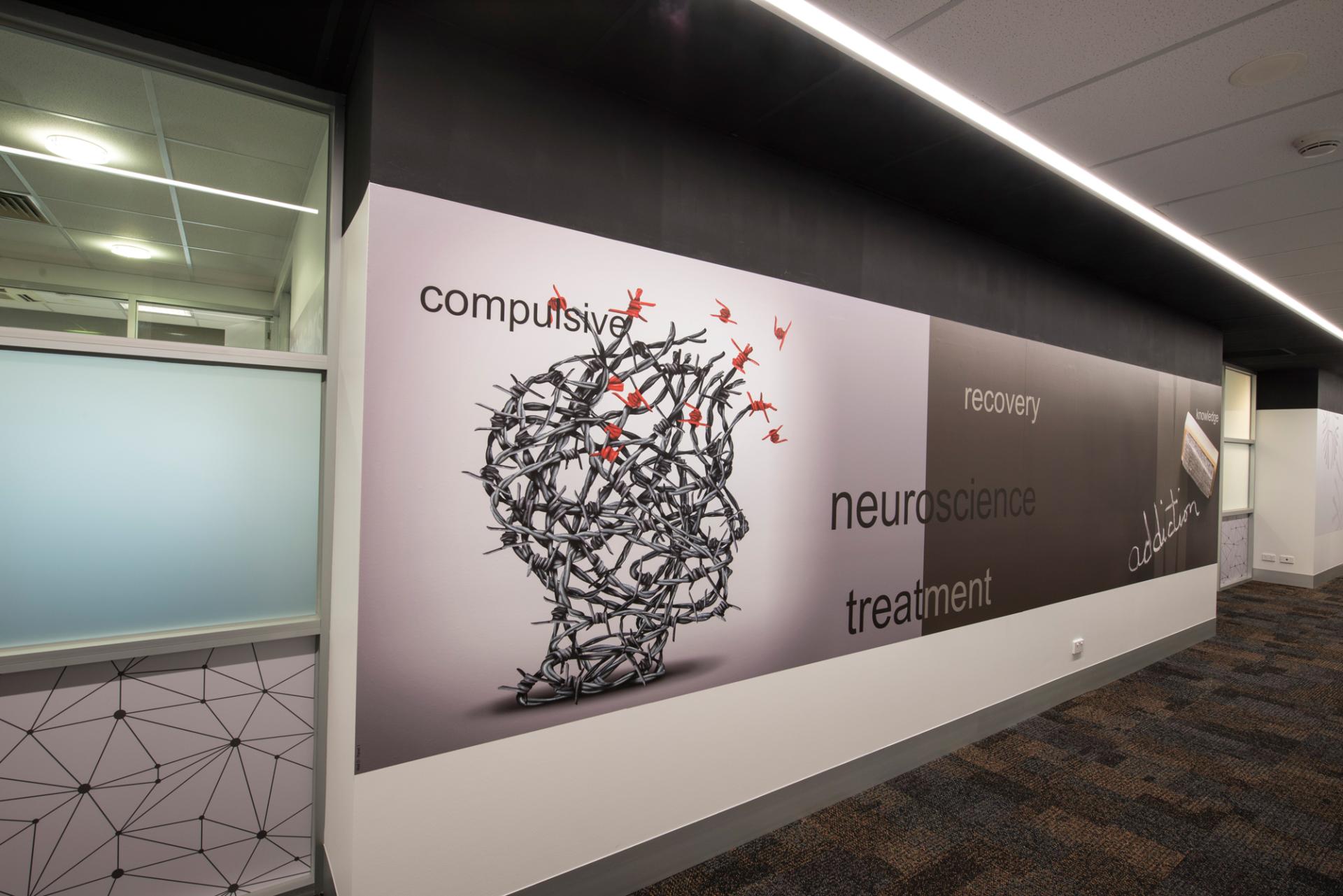 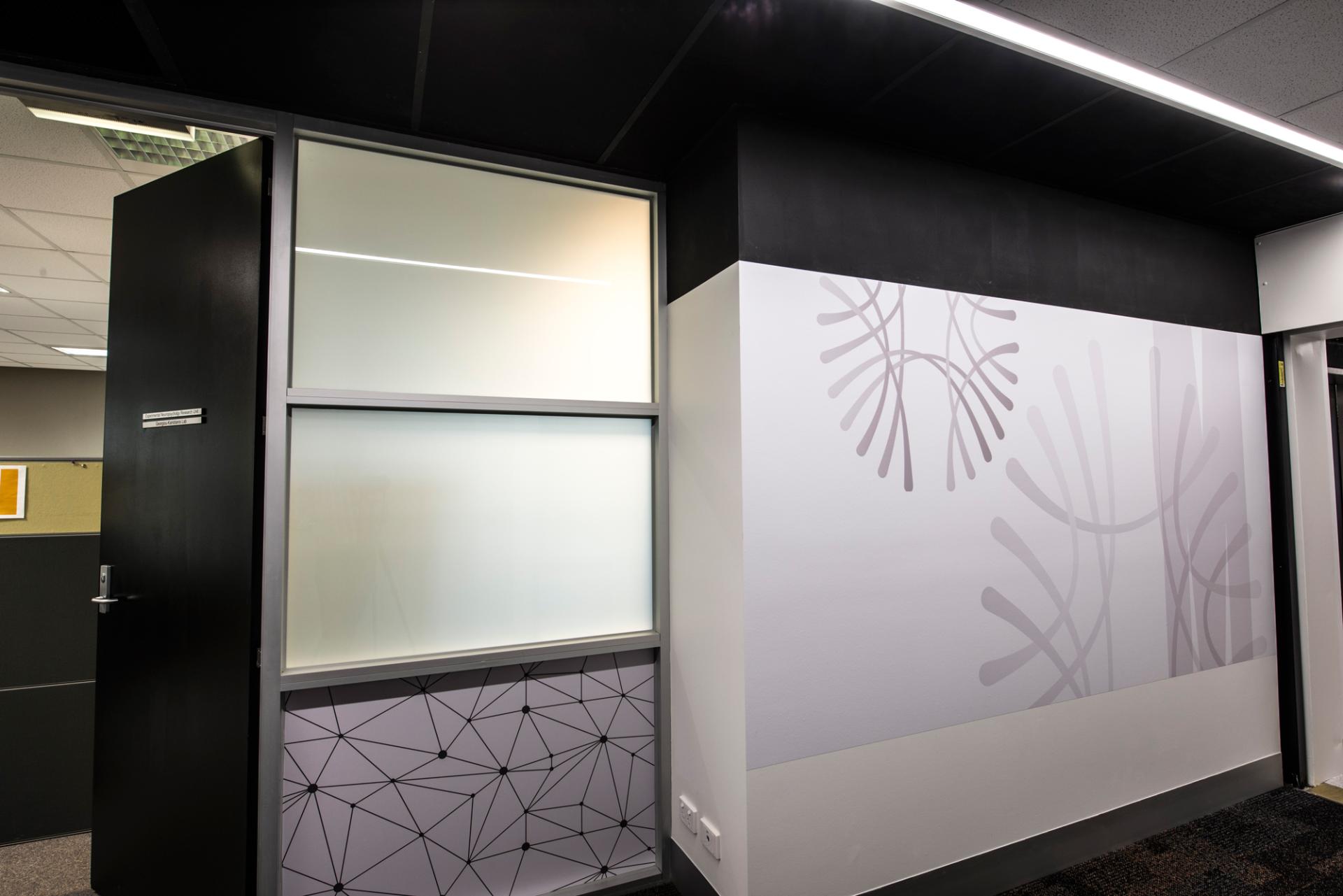 To refurbish the existing common lobby and hallway space in order to align the interior with the objectives and current standing of the science and learning faculty.

The space requires more prominent branding and to be presented as a dynamic, intelligent, young, fresh and current space. The department wants to convey an appearance so as it is also viewed as a commercially viable and professional entity.

A clean, modern colour palette, reflective in the school’s current logo design, and natural materials, is to be used throughout the space.

The department deals in various areas of study related to the human brain and would like to feature this innovative work and engage visitors, staff and students alike by displaying in its common area.

The Monash University school require their basic finishes and colour palette to be used in the selection of carpet and other more permanent finishes for the renovations. The University’s standard colour palette is relatively neutral and accordingly, our colour and finishes selections are required to coordinate and work well with those finishes.

Monash University chose IN2 SPACE as their preferred commercial interior designer in Melbourne to complete this milestone project with them. Our reputation as office interior designers and refurbishment providers in Melbourne means we are chosen for our expertise and consultative approach.

Our vision, objectives and philosophy for the space was realised in producing a space which was functional, dynamic and transparent yet clean an uncluttered in appearance with splashes of colour and movement throughout.

The discipline of neuroscience deals with the brain, concepts of intelligence and scientific learning around this area. The brain, in layman’s terms consists of groups of neurons being a series of small particles floating in a contained matter with enormous amounts of surrounding space to create an abundance of paths and connections.

The concept for the space and the Fitout Elements throughout that space emulates the dynamics of a functioning brain. The space conveys movement, an openness and a sense of transparency.

Strong and visible branding for both the School of Psychological Sciences and the Monash Institute of Cognitive and Clinical Neurosciences (MICCN) was reinforced especially in both areas exiting from the lifts and approaching various contact points/reception functioning areas.

By Employing items such as super-sized wall graphic images and flat screen displays we provided an avenue to display current information and inform of up-and-coming events. Those items also assist in providing movement, colour and changing visual interest in the space.

Since the area is shared by 2 related disciplines of study and research, it visually reflect those 2 areas:

In de-cluttering the existing space we moved bins and chairs out of sight which were currently in the passages.

We removed wall display/pin-boards from walls and replaced them with dynamic flat screen displays informing visitors of the works being undertaken in the areas of study.

The department and senior personnel are extremely excited with the outcome and the department also now presents as a professional body and hence attracts additional funding and support.