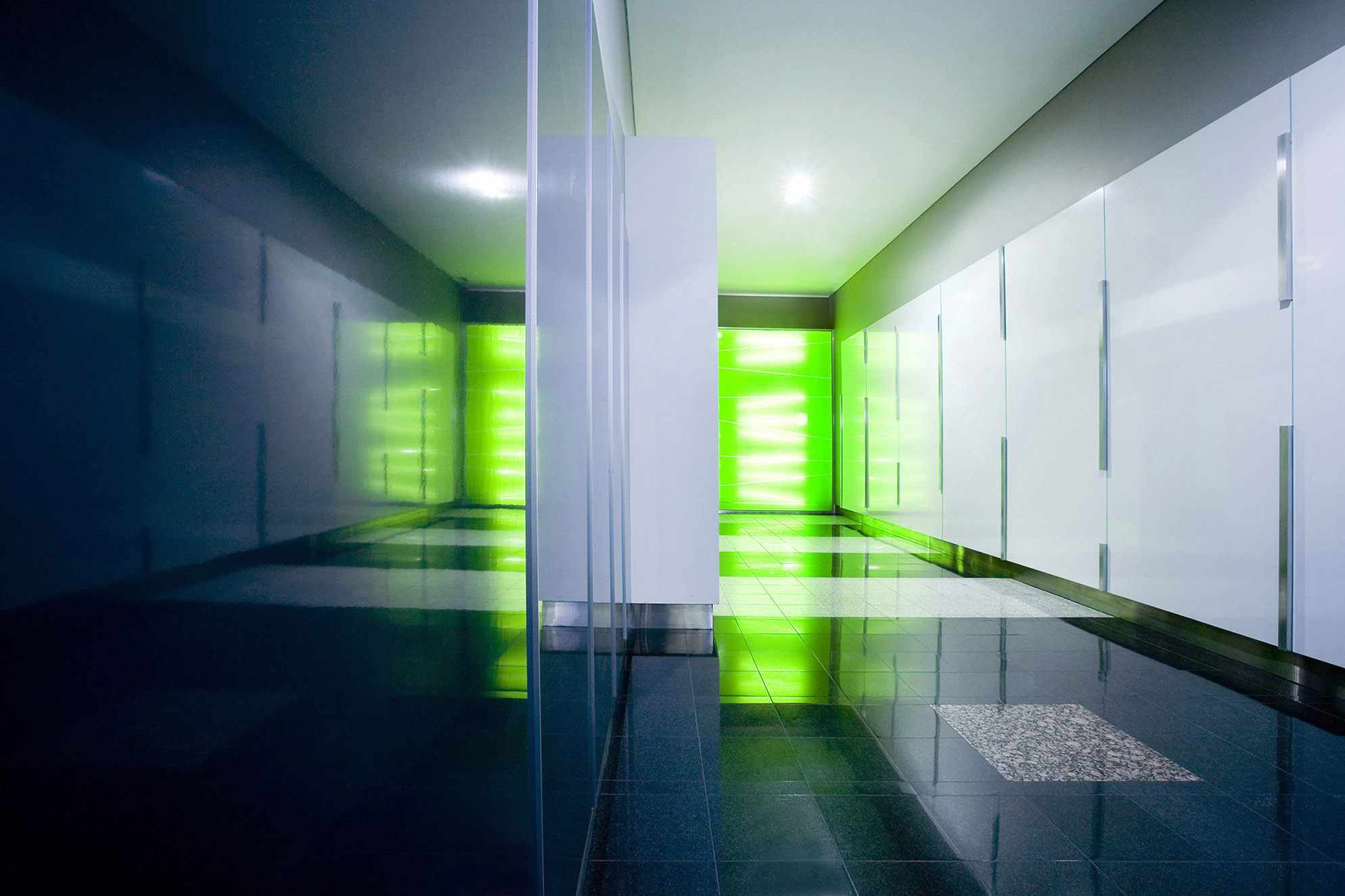 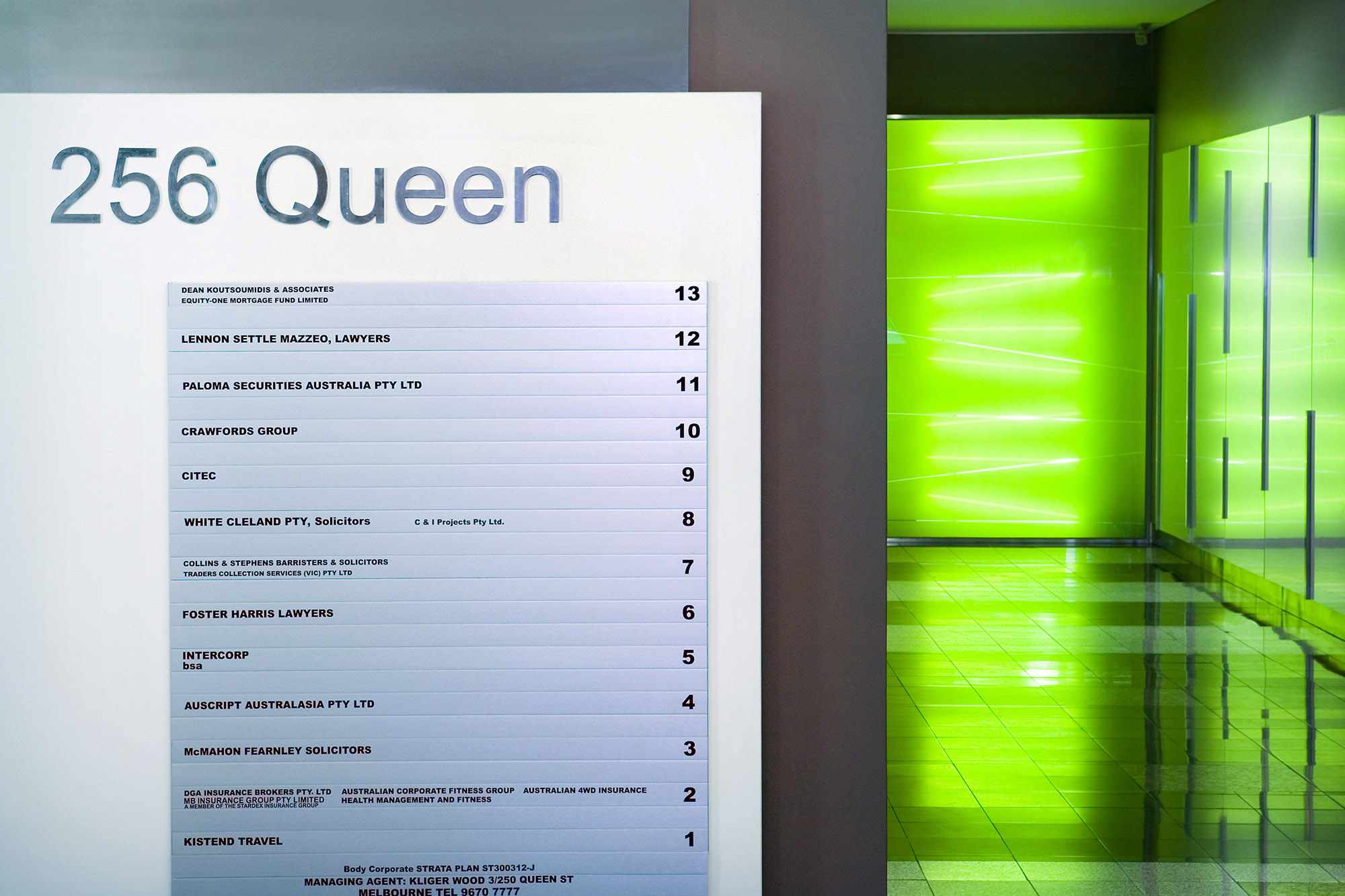 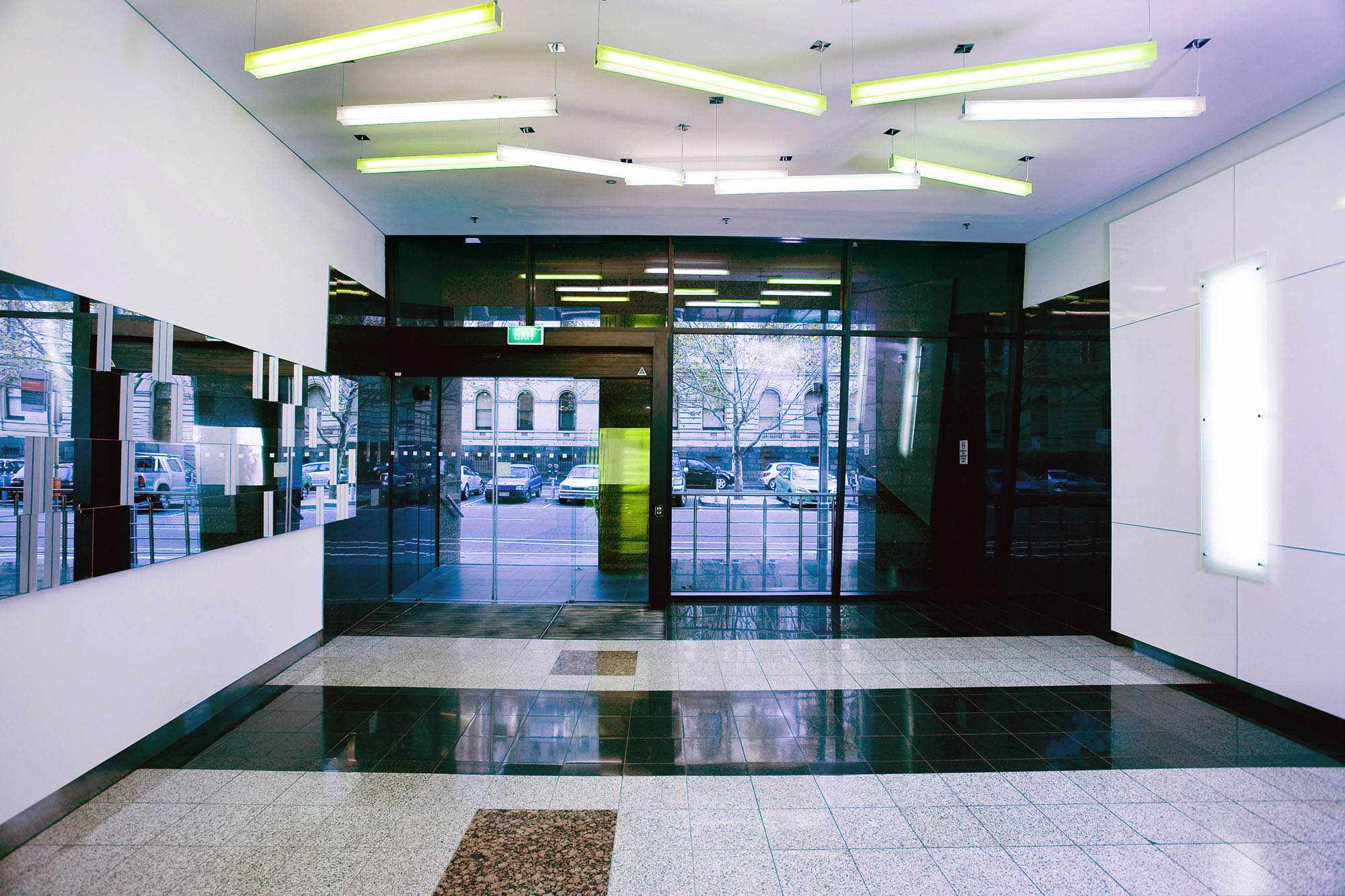 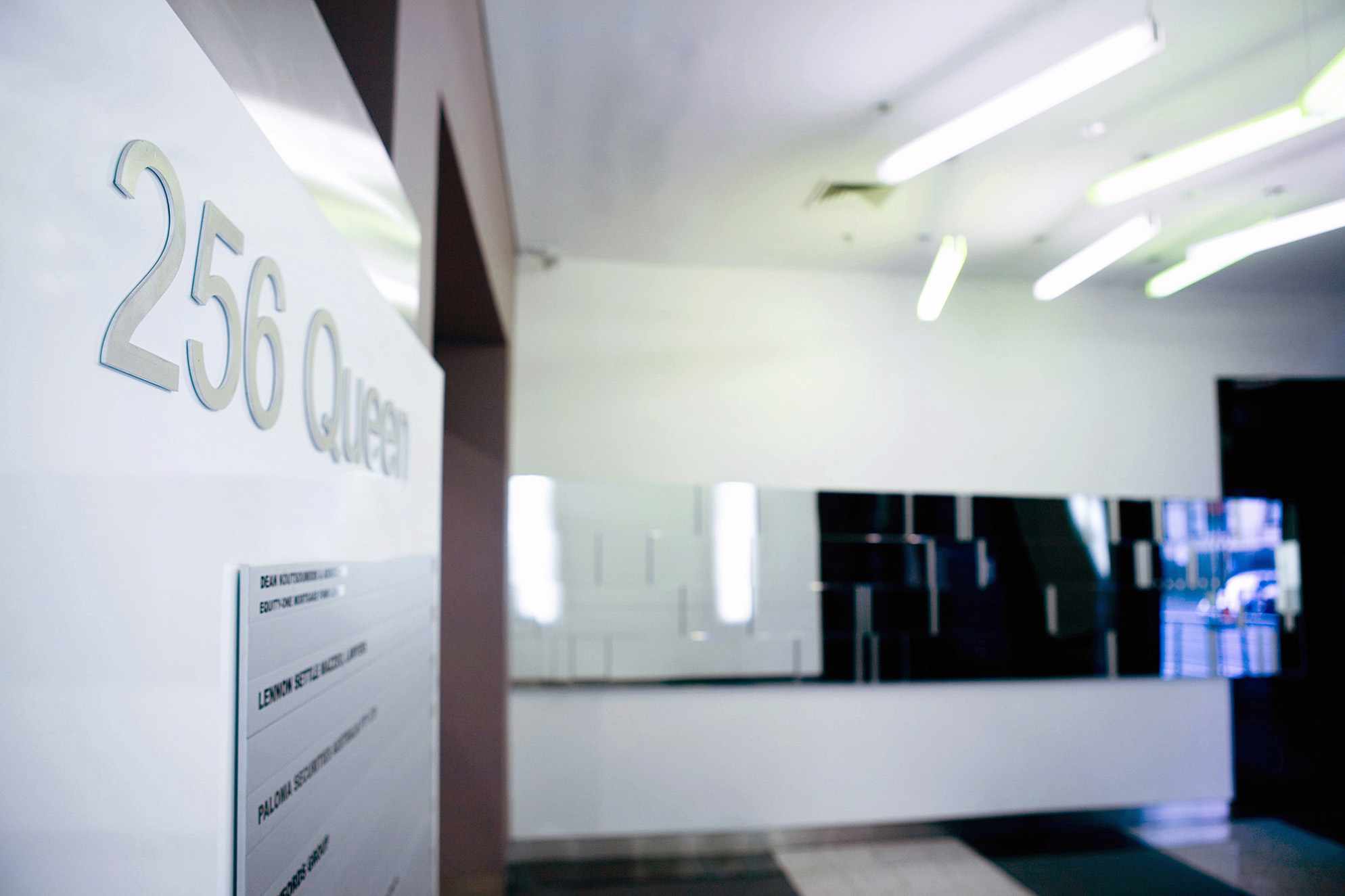 256 Queen Street is a building situated just North of Lonsdale Street in Melbourne. It occupies an area surrounded by private education + trades colleges with numerous retail stores also nearby.

The business building was initially built in the 1970's and had undergone a refurbishment in the 1990's by a decorating firm with the result being an interior which portrayed a very residential appearance. It was lacking the commercial office design that commercial  buildings generally require when zoned for business use.

The brief provided to IN2 SPACE was to create an inviting and contemporary entrance/ground floor lobby space which would enable the landlord + office building to attract the calibre of tenant desired.

The refurbishment was to be undertaken on a tight budget + therefore clever design and detailing was required to achieve the best result for the monies allocated for the building upgrade design.

IN2 SPACE provided a complete service, Designing + Documenting all works for the refurbishment of the building lobby in Melbourne project.

The building lobby + entrance were given a face-lift.  New lobby wall cladding was creatively used where we had gloss grey panels to one side + white high gloss panels accentuated by polished aluminium trim fins to the other side.

Feature lighting in the form of recessed light boxes + suspended pendants placed at the entrance of the space further provided movement for the space.

New building signage was designed for the front of the building + a lit up modern directory board were provided.

The ceiling was rationalised and the numerous services + fittings were streamlined to provide a cleaner appearance.

A visual focal point consisting of a lit up element in a striking green colour with lines appearing to move as you approach, was designed for the visitor entering the lift lobby.

Previously there was a long corridor that met the visitor on entering the building. This was an unappealing aspect in the form of a non descript wall in the very far distance.  The building entrance space now is tasteful, modern + inviting for the visitor + tenant alike and the refurbishment should see the entrance space appealing to visitors + tenants for many more years to come.

Here is a great example of one of our commercial building refurbishments Melbourne.